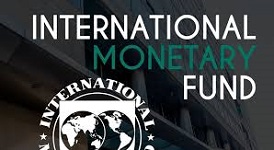 The International Monetary Fund (IMF) forecasts that Ethiopia’s economy will only grow by 2 percent for the current fiscal year began July 8, 2020.

“Looking forward, economic growth is projected to be 2 percent in 2020/21 due to the lingering impact of the pandemic, and is expected to rebound to 8.7 percent in 2021/22, consistent with a global recovery,” IMF said today its statement.

“Inflation has decreased since its peak of 23 percent in April 2020 but remains high at just over 19 percent, driven largely by persistently high food prices. Risks to the economic outlook are tilted to the downside, amid uncertainty regarding the magnitude and duration of the pandemic, as well as other risks including political uncertainty and the locust infestation experienced in some parts of the country. The domestic security situation has created humanitarian and reconstruction needs that require an adjustment of policies and support from the international community,” it said.

The IMF made the statement after its team concluded discussions with Ethiopian authorities. “A modest fiscal expansion is envisaged this fiscal year to accommodate the humanitarian assistance and reconstruction needs. At the same time, the authorities are now moving to enhance domestic revenue mobilization. On social spending, the indexation of benefits for the rural and urban poor to general inflation is expected to improve the adequacy of benefits in these programs. Greater prudence in borrowing by state-owned enterprises combined with reforms to improve governance and oversight of SOEs and the adoption of the plan to address legacy SOE debt will support the sustainability of public finances,” IMF said.

“The growth of reserve money is projected to return to a path consistent with reducing inflation to the central bank’s single digit objective. Financial sector reforms have progressed, with the development of a treasury bill market reducing the need for monetary financing of the budget. Steadfast implementation of the comprehensive roadmaps on reforming the monetary policy framework and FX regulations should lay the groundwork to achieve low and stable inflation, support a smooth transition to a market-clearing exchange rate over time and help address foreign exchange shortages. Measures to address weakness in the balance sheets and improve risk management of the two state-owned banks, and steps to strengthen bank supervision will contribute to safeguarding financial stability.”

“Consistent with their Homegrown Economic Reform Program, the authorities are implementing reforms to boost the role of the private sector in the economy. Adoption of the new Commercial Code and Alternative Dispute Settlement Proclamation will facilitate private investment.”

During the virtual mission, the IMF team met with Minister of Finance, Ahmed Shide, Governor of the National Bank of Ethiopia, Dr. Yinager Dessie, State Minister of Finance, Dr. Eyob Tekalign; Vice Governor Fikadu Huriso, other government officials, representatives of the private sector, including banks, and the development partner community. The team extends its appreciation to the authorities for their cooperation and productive discussions.

A staff team from the IMF, led by Sonali Jain-Chandra, held a virtual mission with the Ethiopian authorities during January 20-22 and February 4-18, 2021. “The Ethiopian authorities and IMF team have reached a staff-level agreement on policy measures for the completion of the first and second reviews under the ECF-EFF arrangements. This agreement is subject to the approval of the IMF Executive Board and receipt of the necessary financing assurances from international partners.

“The COVID-19 pandemic continues to create significant health, social and economic challenges in Ethiopia. The authorities’ wide-ranging policy responses have mitigated some of the impact of the crisis while supporting macroeconomic stability. The fiscal response included an increase in expenditures and some tax policy measures to address the health crisis, social needs and support the economy. The injection of liquidity by the central bank provided needed support to the banking system and firms that were adversely affected. The economic impact of the pandemic was felt late in FY2019/20, resulting in relatively robust growth of 6.1 percent but with the effects continuing in FY2020/21,” IMF said 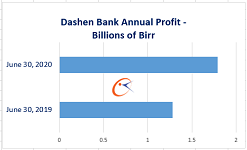 Some 850,000 students in Ethiopia benefit from school feeding 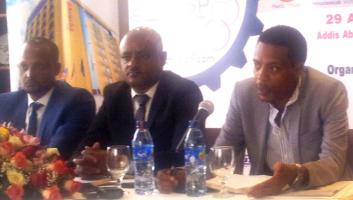