Ethiopia’s National Intelligence and Security Service said it has foiled terrorists’ attack by capturing several members of the terrorist groups Al Shabaab and IS. The terrorists were preparing to attack civilians in the capital, Addis Ababa and other parts of Ethiopia, according to the state broadcaster-ETV.

The Intelligence of Ethiopia has collaborated with governments of Somalia, Puntland, Djibouti, Somaliland, US, Italy Spain and France to foil the planned attack, according to the report.

The Al Shabaab terrorist team led by Mohammed Abdulahi Dulet, who was using a false name, Yahya Ali Hassen, came to Ethiopia via Djibouti. The team was taking different pictures and selecting potential hotels where it will take its terrorist attack including religious holidays and public gathering areas.

Mohammed Abdulahi Dulet is captured around Bole area in Addis Ababa, according to the report, which stated that three of his team members who were arrested in collaboration with the intelligence service of Djibouti.

Al Shabaab has also mobilized two of members (Isak Ali Aden and Ade Mohammed Mohamed) from Southern Somalia who were trying to enter Ethiopia through Somaliland Hargessa after taking training on explosives. They are arrested I collaboration with Somaliland intelligence service.

Isak has used a false name, Ibrahim Ali Aden to obtain Ethiopia identification card. The report stated that Aden Mohamud Mohammed has opened two bank accounts at Ethiopian Commercial Bank and deposited over 2.5 million birr (around $85, 000), which was aimed to be used by the terrorists.

The report has also indicated that Fuad Abshir Yesuf, a member of the IS terrorist group, which has been bluffing to undertake terrorist attack inside Ethiopia, has arrived Addis Ababa from Bossaso via Hargessa and captured around Bole area I the capital. While another one is captured outside Addis Ababa around Awash town. 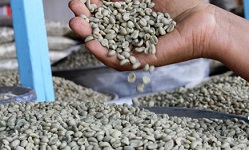 Ethiopia secures $40 million to conduct free election next May