Ethiopian Customs Commission seizes 106 million Birr goods from illegal traders who tried to smuggle in and out of the country.

The merchandises were seized last week, according to the statement of Ethiopian Customs Commission, which is one wing of the Ministry of Revenue of Ethiopia. Out of the total 92.8 million Birr goods were seized from contraband traders who tried to smuggle in the goods into the country at different custom posts.

Dire Dawa, Akaki-Kaliti, and Jigjiga custom posts are the major ones where the goods are captured, according to the statement from the Commission.

The rest of the goods are captured from those who tried to takeout the merchandizes out of Ethiopia to the neighboring countries. Among the goods captured coming into the country and leaving Ethiopia are electronics, clothes, medicines, cosmetics, narcotics, weapons, Khat, and currencies of different countries.

By seizing untaxed and illegal goods from contraband traders, Ethiopian Customs Commission has been contributing huge amount of money for the ministry of revenue of Ethiopia over the past few years.

Ethiopian custom commission has recently come into existence by proclamation number 1097/2018 which is separated from the earlier “Ethiopian Revenues and Customs Authority” Headed by a Commissioner accountable to Ministry of Revenues by possessing its own vision and mission. 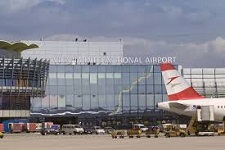