The Federal Police of Ethiopia captures 9,711 Kalashnikov bullets from smugglers who were trying to bring into the capital, Addis Ababa.

The bullets were captured from smugglers who were trying to bring into Wollo area of Amhara region and the capital, Addis Ababa. The smugglers were transporting the bullets in two vehicles departed from Harar area, eastern part of Ethiopia, according to report of Federal Police of Ethiopia aired on national broadcaster – ETV – this afternoon.

The bullets were seized this week by the federal police and customs officers at Alberekete customs post. The bullets were seized inside a car – Code 2- B28163 AA – Toyota Corolla vehicle and a van – code 3 -47593 Oro – high roof minibus. The police have arrested the people who were smuggling the bullets and investigation is currently underway, according to the report.

In a related development, Ethiopian Customs Commission has announced that it has captured worth 2.4 million birr (around $84,000) contraband goods from smugglers this week at different customs posts. The items include sugar, shisha, mobile phone apparatus and metal products.

Over the past few years it has become common to hear reports of illegal circulations of weapons, medicines, narcotic drugs, cash of different countries currencies and other manufactured goods. During the first nine months of Ethiopian Calendar started July 8, 2018, Ethiopian Customs Commission has captured around $30 million worth goods, including weapons, currencies of different countries, narcotic drugs and various goods, from contraband traders.

The contraband goods smuggled into the country includes manufactured goods such as electronic and electrical goods, garments of various kinds, perfumes, cosmetics, pornography, habit forming drugs, armaments and others. Sudan, Eritrea, Kenya, and Djibouti are identified to be the main sources of these goods.

Coffee, which is the country’s chief export item, a multitude of livestock, cereals of various types, animal skins, fuel and others are some of the goods smuggled out of the country. 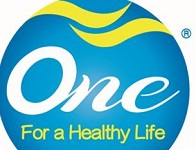