Ethiopia, which has been in a severe electric power shortage few months ago, finally adds a new 420 Mega Watt hydro power station to its national grid.

“We have only just began; a lot remains to be done ahead of us,” said the Prime Minister of the nation known as ‘water tower of East Africa’. “The project we just inaugurate shows how it is possible to accelerate development using clean energy sources,” said Meles, who also lead the African Climate Negotiation team last month in Copenhagen.

Gilgel Gibe II is a continuation of Gilgel Gibe I project which involved the building of a conventional dam with 917 million m3 lake and is able to generate 184 Mega Watts of electric power. The new hydro-power station will increase the generating capacity of Ethiopia by 30-40% by generating power from all four units of the power station.

Including the 300 mega watt capacity Tekeze Hydro electric power plant inaugurated last November, Gilgel Gibe II will increase the current total energy production of the country to around 1,600 mega watt. The government is now working on various electric power generating projects to triple this figure within five years, according to Prime Minister Meles.

The Italian Foreign Minister on his part said: “This is a sign of strong relationship between Ethiopia and Italy”.

It will use the water discharged by the Gilgel Gibe I plant, channelled through a 26km tunnel under Fofa mountain, to Omo River Valley where it will harness 500 meter drop to generate 420 Mega Watts.

The project is constructed by Italian company, Salini construction. Over 2,100 Ethiopians and professionals from 30 countries participated in the project.

The Gilgel Gibe II hydro power plant cost Ethiopia a total of 373 million euros. Meanwhile, due to delays because of unexpected topographic problem, the total cost of the project reached 490 million euros.  Out of this, the Italian government had provided 220 million euro through loan. While the rest, 103 million euros, is covered by the Ethiopian Government.

The additional expenses are expected to be covered by the Government of Ethiopia and possibly by other international donors.

The European Investment Bank will also give Ethiopia a loan of 50 million euros for the project. In addition, up to 100 million euros is expected to be needed for roads, ancillary works, project consultancies and management, and high voltage electric line connection with the national grid.

It was in November, 2004 that the Governments of Italy and Ethiopia signed a new cooperation agreement which includes the extension of 220 million euros, in the form of a soft loan to finance the Gilgel Gibe II project.

The Gilgel Gibe construction site was officially launched by Ethiopian government officials and representatives from the Italian Development Cooperation on March 19th, 2005. 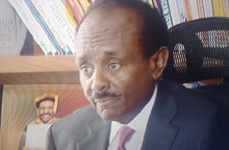 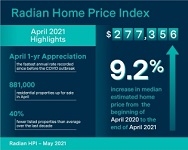