African countries should lay far less emphasis on grants and aid in order to pull themselves out of poverty, Dr. Benedict Oramah, President of the African Export-Import Bank (Afreximbank), said in New York yesterday.

Delivering a lecture titled “A Path to Making Africa Great Again” at New York University (NYU), Dr. Oramah said that, instead, the countries should emphasize belief in themselves and in their ability to use their abundant resources.

“Grants never pull a people out of poverty; rather they perpetuate the culture of dependence,” he argued, saying that that was a message Afreximbank had been giving to its Member States.

A critical piece on the path to greatness for Africa hinged on fostering intra-African trade and on the de-commoditization of the continent’s exports, said the President, who added that Afreximbank had launched an intra-African trade strategy dedicated to that effort.

He announced that the Bank’s intra-African trade strategy was driven by a philosophy that building solid export manufacturing capacities and domestic, as well as continental, supply chains would facilitate an increase in the flow of goods and services across borders in Africa and between Africa and Africans in the Diaspora.

Priorities under the strategy include deepening access to trade information; Formalizing informal intra-African trade by supporting the emergence and growth of export trading companies to serve as institutional vehicles for intra-African trade.

It also includes broadening intra-African trade to include the Diaspora; addressing the issue of fragmented financial markets and multiple currencies. Promoting the production of dynamic goods through implementing an Industrialization/Export Manufacturing Strategy as a component of IMPACT 2021 is also part of the strategy.

To drive its focus on light manufactures, the Bank had set a target of supporting the construction of at least two Industrial parks and export processing zones in Africa by the end of 2018, said Dr. Oramah.

It had also introduced financing products, such as forfaiting, that support the import of investment, rather than consumption goods, into Africa, he continued.

The President described inadequate trade Information as the main constraint to intra-African trade, noting that African businesses knew very little about what happened right across their borders.

He cited a recent study on the regional value chains for leather and leather products, jointly commissioned by Afreximbank, UNCTAD and the Commonwealth Secretariat, which found that South Africa imported leather, further prepared after tanning, from India at double the price at which Ethiopia exported the same input while Mauritius and Nigeria globally imported leather products from Italy and Belgium at a much higher costs than what South Africa and Botswana exported the same product.

Consequently, Afreximbank had committed to establishing a trade information platform in support of intra-African trade, said Dr. Oramah.
The lecture was organised by NYU Africa House and the NYU Development Research Institute.

NYU Africa House is an interdisciplinary institute devoted to the study of contemporary Africa, focusing on economic, political, and social issues. DRI is an independent and non-partisan organization devoted to rigorous, scholarly research on the economic development and growth of poor countries. 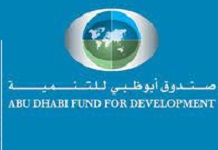