Isuzu Motors Ltd said it has finalized preparations to open a vehicle assembly plant in Ethiopia in August 2019.

Mr. Taro Kunifusa, General Manager of the company, announced the plan during the talk he had with Ambassador of Ethiopia to Japan, Kassa Tekleberhan. A Japanese vehicle manufacturer, Isuzu Motors supplies a wide range of products to the Ethiopian market, trucks in particular.

“We want to engage in other investment sectors to take advantage of Ethiopia huge market potential. We have finalized preparations to open a vehicle assembly plant in August 2019” he said.
Ambassador Kassa assured the company of government’s commitment to provide the support the company needed to set up an assembly plant.

The ambassador also briefed other officials of the company about the investment opportunities in Ethiopia, according to Ethiopian Embassy in Tokyo. Source- FBC 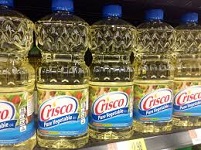