The country signed agreement with the Bank committing itself to take all necessary steps for the ratification of the Establishment Agreement, the Bank said in its statement.

Stephen Dhieu Dau, Minister of Finance and Planning of South Sudan, formalized the country’s membership of the continental trade finance bank today in Juba by signing the instrument of accession to the Agreement Establishing the Bank.

The accession follows moves initiated by South Sudan on Saturday when a delegation led by Mou Ambrose Thiik, the Deputy Minister of Finance and Economic Planning, met in Cairo with an Afreximbank team for discussions to clear the way for the country’s immediate membership.

At the discussions, which took place on the sidelines of the meeting of the Bank’s Board of Directors, Mr. Thiik said that South Sudan was determined to accomplish the membership in a speedy manner and that the country considered it a milestone to be part of Afreximbank.

Dr. Benedict Oramah, President of Afreximbank, had told the delegation that membership of the Bank would give South Sudan automatic access to the full range of products and facilities offered by Afreximbank, including trade finance facilities, project finance services, trade information and advisory services, support in the development of a local content policy and assistance in developing and implementing industrial parks and special economic zones.

Under its terms of the Agreement on the Establishment of the African Export-Import Bank, signed in Abidjan on 8 May 1993, countries that did not sign before it entered into force are required to first issue an instrument of acceptance and accession and then to formally ratify the Agreement in order to fully activate their membership of the Bank.

Class “A” shareholders are African states, African central banks and African public institutions, including the African Development Bank, while Class “B” is made up of African financial institutions and African private investors.

Afreximbank is the foremost pan-African multilateral financial institution devoted to financing and promoting intra- and extra-African trade. The Bank was established in October 1993 by African governments, African private and institutional investors, and non-African investors. 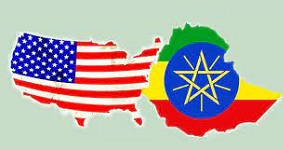 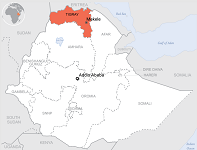