The European Investment Bank (EIB), the EU Bank, and the International Monetary Fund (IMF), agree on Thursday to pool their expertise and experience to promote sustainable economic development, financial stability and inclusive growth in Africa.

The EIB will contribute with EUR 3m to IMF economic institutions, namely the African Regional Capacity Development Centers (AFRITACs) and the Financial Sector Stability Fund (FSSF), and will launch a new course with the IMF on financial intermediation and financial inclusion. As well as funding, the EIB will provide guidance to the AFRITACs and FSSF by participating in their governing bodies.

Signing the letter on the margins of the IMF/WBG Spring Meetings in Washington DC, the two institutions were represented by Christine Lagarde, Managing Director of the IMF and Werner Hoyer, President of the EIB.

“Our agreement is tangible evidence of how International Financial Institutions and Multilateral Development Banks can and are working together to help deliver the Sustainable Development Goals and maximize the impact of our expertise and experience. It is terribly important to create synergies and make sure that the development assistance we provide is as effective as possible. This partnership will allow us to empower key actors of development in Africa: namely micro, small and medium-sized enterprises, young men and women entrepreneurs and the financial intermediaries that can support their financial inclusion and help them realise their potential”, said EIB President Werner Hoyer.

Christine Lagarde, Managing Director of the IMF said: “Strong economic and financial institutions are critical for development. Our partnership with the EIB will support continued IMF efforts to strengthen institutions in Africa through technical assistance and training, with a particular focus on financial sector stability and inclusion. It will also bring the international community closer to meeting the G20 ‘Compact with Africa’ commitments.”

Within this partnership, the EIB and the IMF are developing a training course that aims to equip government officials to deliver financial inclusion and stability. In the first instance, it will address public sector regulators and private sector practitioners in Sub-Saharan Africa. Participants may also include young professionals, staff of local banks and financial institutions, representatives of ministries of finance, regulatory bodies and central banks. 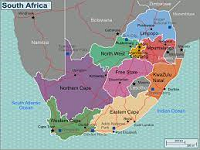 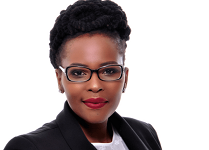