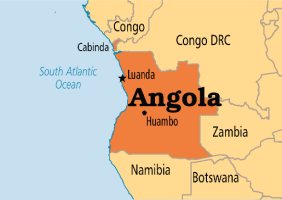 A new financial agreement, signed today between the International Fund for Agricultural Development (IFAD) and Angola, is to boost food and nutrition security among some 8,000 Angolan rural households in Benguela, Cunene and Huila provinces.

The agreement for the Agricultural Recovery Project (ARP) was signed in Rome by Gilbert F. Houngbo, President of IFAD, and Florêncio Mariano da Conceição de Almeida, Ambassador and Permanent Representative of Angola to IFAD.

The total cost of the project is US$7.6 million, including a $5 million loan and $1 million grant from IFAD. The project will be cofinanced by the Government of Angola ($0.7 million), the Food and Agriculture Organization of the United Nations ($0.5 million); and by the beneficiaries themselves ($0.4 million).

In Angola, the agriculture sector contributes on average only 10 per cent to the country’s Gross Domestic Product (GDP) and employs 44 per cent of the population. In addition, more than half of Angola’s poor are located in rural areas and depend exclusively on subsistence agriculture for their livelihoods.

During Angola’s 40-year civil war, the agriculture sector was devastated and productivity plummeted. Since the return of peace in 2002, the Government of Angola has been making substantial efforts to address these problems. The new IFAD supported ARP will help subsistence farmers increase crop and livestock production and productivity.

In addition, the impact of prolonged droughts through 2016 on food security was catastrophic for millions of the population in most areas of the country. The ARP will also address the issue of food insecurity aggravated by repeated climate events, such as El Niño (drought) and La Niña (flood), in the target areas.

Furthermore, the project will develop water infrastructure by rehabilitating and reconstructing multi-purpose water sources. In addition, it will help the smallholder farmers build the skills they need to reduce their vulnerability to climate-related shocks.

ARP will also build on the work done by different emergency programmes funded by the Government of Angola and development partners. It will provide households with two generalized packages: a crop-based, food security package and livestock-based packages consisting of poultry, goats, sheep and pigs, which will vary depending on the household’s asset base. The project will help communities increase on-farm productivity and improve their food security through livelihood diversification.

Since 1991, IFAD has financed seven rural development programmes and projects in Angola for a total cost of $147.3 million, with an IFAD investment of $82 million directly benefiting 268,600 rural households. 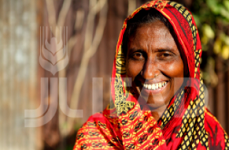 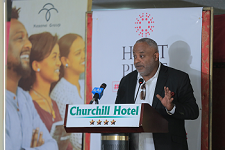